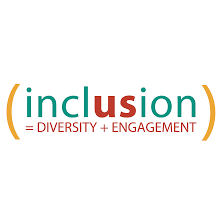 Choices, choices so many, I recall first time we traveled to the USA as a family, one member being overwhelmed when as we sat at a restaurant table and ordered a coke and there came the barrage of choices, but its just coke – diet, sugar free, one, original, gold label, caffeine free, cherry… the list went on an on, so many, it silenced the one who asked as they tried to catch up, all the choices, only to ask for water. We are so spoiled for choice in every avenue today, in some nations whether it be in tastes, smells colours or clothes. While I make that statement I also realise some are excluded from the choices others have, on my travels I have observed that not every one has the opportunity to choose, however world wide if I find a TV anywhere the choice of channels is quite overwhelming.

One of our many channels recently aired a narrative of a personal journey of a known British presenter, the sub title of the programme was ‘What I believe, was determined by where i live’, an interesting thought. The program as best it could listed people who celebrated faith, they travelled to Turkey to engage with Muslim families, to Israel to participate and understand the people there, they went to various people to enable understanding. The programme I saw concluded with Charismatic Christians in celebration in Israel, I found my self reacting unusually, I found I did not enjoy or could not relate to the displaying of their encounter or experience even though I am a Jesus follower, a Christian by new birth and Charismatic Holy Spirit moving, tongue speaking.

I was intrigued at my feelings. The presenter outlined how welcoming every one was, how they felt included and drawn into some level of participation with each faith family and individual. They commented on how much people wanted to be at peace and one with all people, which is not the side we are painted through the media. The presenters were overwhelmed with the appreciation of the lives of people and the enormous and overt generosity they were shown.

This generosity and appreciation was the over all feeling and communication until that is, they were amongst the people I would have most in common in my christian faith. It actually scandalised me, although I would believe all they held in terms of the centrality of Christ, I was so disappointed to see and feel that they needed to distance themselves from people rather than celebrate in the midst, celebrating humanity, to be the ‘imagers’ of the Father, Son and Holy Spirit to all people by letting people ‘taste and see the Lord’. They rather communicated superiority and judgement to all who came near.

I pray and ask God for wisdom on how to know the amazing uniqueness of Jesus and all God has done for us, yet communicate the reaching including hand of God to bring peoples to an encounter of faith. The Charismatic Christian celebration lost the people of the program sadly and produced an uncomfortableness in them. This was not the conviction produced by the Holy Spirit but the non inclusion in taking people to God, in sharing the love of the Father. Projecting we are pure you are not, we have to keep ourselves pure and don’t include you.

I wonder what this thought has stirred in you already?

Inclusion has become a dirty word for some, yet we cannot read of Jesus without being overwhelmed by his practice of inclusion. Including the very edges of society that have been excluded.

Theologies of inclusion tend to be feel good, ‘nice’ theologies and more importantly they promote social cohesion by providing a theological rationale for mutual respect, or at least tolerance of difference. Is this what inclusion really is, the biblical inclusion that we are the people of God the Imagers should display and follow?

Every one of us have at some time or another been affected or drawn into an agenda of legitimisation, I may call it, beliefs or practices required to find a legitimisation to be part, or to belong.

Every belief system has thoughts of exclusion and inclusion. We, each in our own faith traditions, are probably more familiar with theologies of exclusion – ‘We are right, you are wrong’, there is only one way to ” ” (insert preferred soteriology or eschatology) and it is ours’, ‘If you do not believe what I believe, do what I do …’
Each religion has within it groups more inclined toward exclusivist theologies and groups within it inclined toward theologies of inclusion. A theology of inclusion is essential to motivating honest participation in inter-religious activities and events.

These views, thoughts or beliefs are really there to help to make people who already belong feel good; that means the “outsider”, those who have not found their way to be part of the already feeling belonging group, these “outsiders” may feel the impact of both being accepted but let us be honest often rarely do these ‘outsiders’ listen to them, the ‘in’. We are required to be so aware that such views, thoughts or beliefs only allow those who are “in” to treat others in such unacceptable non including ways. I must admit i have found the non inclusion was never really belief or theology but when it all boils down comes to a person or a groups insecurities or social defensiveness, inability to have peers, often cultivated from an orphan spirit (written about that in other blogs if interested), an orphan way is one of protection and provision. Enough getting side tracked now…

Inclusion should never cause us to deny difference ‘differences would go away if you see things the way I do’ one may say. Let us be honest the denials of difference are insulting to the other, a failure to respect people.

So how can we strongly hold to a faith, our belief about who Jesus says he was and yet still be including. I see so many answers on how to live and practice life in the way jesus interact.

Next time Key to Jesus kind of life on including…