I am unused, unspotted without blemish
I stretch before you three hundred and sixty-five days long.   I will present each day in its turn, a new leaf in the Book of Life, for you to place upon it your imprint
It remains for you to make me what you will: if you write with firm, steady strokes, my pages will be a joy to look upon when the next New Year comes. If pen falters, if uncertainty, doubt or sin mar pages, it will become a day to remember with pain
I am the New Year  During each Hour of three-hundered-sixty-five days, I will give you sixty minutes that have never known the use of man, pure, I present them; it remains for you to fill them with sixty jewelled seconds of love, hope, endeavour, patience and trust in God
I am the new Year; I am here but once past, I can never be recalled

MAKE ME YOUR BEST 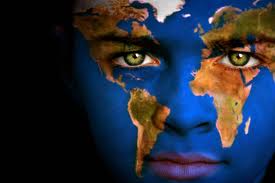 Mission? What’s it got to do with me?

How, and where do you start when you are asked to write something on mission,  my thoughts go to the challenges of a coming Kingdom and the changing of the  world around us, causing me to conclude  that mission has to have a focus towards  the Ultimate Goal of God,  i.e. “all things summed up in Christ”, “Christ filling all things”.

I was once asked by a well know teacher  “are you doing anything today that will continue when time is finished and Jesus returns?”,  “yes” I replied, he continued with a further question, “are you doing anything that you will not be doing after his return?”  My answer was “yes” his reply  “why?”   In others words keep your eye on the ultimate, in all you put our hand to.

I cannot read any scripture without realising that the Father and the  Holy Spirit have a preoccupation with the Christ.    Our work and involvement must therefore, have this same preoccupation, we must be fully occupied with Christ, other wise the task ahead will overwhelm us and we will lose our way.   As a matter of fact the entire occupation of the heavens is Christ.    It is so easy for us to focus and emphasise one particular spiritual truth, value, virtue, gift, or good work and yet miss Christ, Christ who is the embodiment and incarnation of all these things.

All mission and commission looses its way and purpose without holding on to the ultimate of goal of God.

I was recently provoked by the following question “why was I born in the West, with all  the privileges of the culture  I find myself in?”   As I pondered on this question my first thoughts were ones of a great gratitude for all I have been given and entrusted with.  Then, I compared my lot with the 2/3rd of the world around me and began to ask why, why God was I born here?   As I considered the privileges we are surrounded by I was amazed at what God has made available to us.  The privilege of freedom, the privilege of finance, even in a world that is in the middle of recession we have so much compared to those that live on less than a $1 a day.

I cannot depart far from the scripture story that started with the debate for position amongst the young men and women that followed the Christ,  debating who would get the best seat in the house.     While this debate went on Jesus told them of a landowner who distributed money to each of his servants, for them  to invest /steward the entrustment in-order that on his return a profit would be seen.   This profit in turn would open up  further entrustment opportunities, not of finance but of city rulership – those who are faithful with little becoming  rulers of much.

This narrative deals with a number of thought patterns, for example the disciples idea of Kingdom coming NOW.  The immediate and sudden NOW, putting Jesus on the throne NOW.  The story is however a story of PROCESS, this being working with and stewarding our entrustment to bring about Gods’ full intent.   We are living in days when regardless how much or how little we have been given, we have to see this PROCESS OF STEWARDSHIP.  We must deal correctly with what we have been given in order to see the influence of God, and Christ filling all in all taking place, as we do, so we will be entrusted further.

So why were you and I born in the nation you were?  which ever nation that may be ,  we must  steward correctly that with which we have been entrusted, so that we might bring an end to poverty,  never mind how tight things are in the midst of recession, we still have a charge to steward the little and the much.

We have been positioned and entrusted with ability to

Poverty is not fundamentally the  lack of money, but it is the imprisonment into a dependence on others for liberty, finance and personal freedom.   I would like to eradicate ‘dead aid’, where money has simple been poured in time and time again with no sense of building creating only  future dependence.   I would like to  invest in people, and take away the cause of  dependency on some one else for resources. Through our kindness and giving of money  in some cases, often unknowingly, we have added to the poverty mindset and sustained  imprisonment.    We have given much, equipment, tractors, seeds, houses, computers, etc., when our hearts and emotions moved us.  What we failed to realise was that  when what ever we gave  broke down, needed  new tyres, parts or repairs the people once again became dependant on  another hand out – lets break poverty and take away dependency.   It is  not about ceasing giving, far from it, but it is about wisely entrusting to men and women, training in self sustainability and providing them with the mind-set of continuing long after the initial help.  This is long-term empowerment, this is our mission.   Giving people the ability to advance handing them the stewardship of their own advancement.