Excellence is the abstract noun it is part of a word base that includes excellent (adJ) and excel (Verb) coming from the root that is latin which means to raise above others, to be lofty.   Dict definitions include “to surpass others”.

When I began my studies for an MBNA a key note book published in 1982 had impacted greatly the management, business world, it actually changed  thinking, “In Search of Excellence” by Tom Peters was foundational to all reading then.   I am still amazed today how much this book has informed, also formed perception affecting generations to chase after excellence in many sphere of work and life.   We have to consider the notion of pursuing excellence…

Now having said that have you heard stated comments of, let us be ‘excellent for Jesus”, or you need to practice to become excellent to bring glory to God.   I now struggle with these thoughts in the light of the definition outlined.   Now before you get on my case, I understand what we are trying to communicate, however are we destroying something greater.    My cry often these days is, ‘O God give us the vocabulary for what we are discovering, for the revelation you are releasing today.   Our words often take us down old pathways although we actually mean new understandings.   I am also aware that our confession governs our thinking as we say it we lay down pathways in the brain that never mean what we are seeing and discovering by the Holy Spirit, or what God is breaking in on us.

Let me suggest an example of this, where our minds and confession takes us down well worn pathways.   The realisation that God is not female or male not a gender but Spirt, although these expressions of humanity are in God and are required male and female, both to express God, yet we fall back to relate to God, the Father as male, relating to God as a Father is not the issue but God as male is my point.    God is a Fathering Mother and a Mothering Father our constant use of ‘he’ relating to God determines that this wonderful Fathering Mother who is spirit, our words formulate our minds. O yes I must add Christ calling God Abba Father is not a gender statement neither, another article?     We can agree that God is Spirt but a huge % of people in thinking see God as male, how can we better understand this?   Old pathways.

Back to reconsider the article emphasis, my initial though ‘EXCELLENT’, to raise above others, to be lofty, the life of Jesus Christ was far from this way of living, Christ at no time made himself lofty far from it.   Did not his excellence mean a lowly life, poured out for the lowest, giving of self, breaking of self-centredness in taking on another’s will.   I think we need a new vocabulary before we entrap ourselves in word that is lined with people grasping for power to be above others, lofty.   We are not to raise our selves above others but to raise others , preferring one another above ourselves.

I recently realised that the notion of being ‘poured out’ of Christ and the apostle Paul both saying that they had become a ‘drink offering’ is in opposition to this way of thinking, it also makes a mockery of the image and likeness we are to display and become in our worlds.

Become Excellent in being emptied if you need to raise yourself to new heights of empty for your brother and sisters is this not displaying Christ and the nature of the Divine, each one pouring themselves out for the other.    Each one taking themselves to serve and bow the knee before the other.    Jesus said ’if I be lifted up’ did he not mean in his self-sacrifice, how do we do this by becoming lowly ourselves in pouring self out.   Let us stop walking in the tracks of the celebrity world in the community of the King and be excellently emptied and pour out and nothing more.

A society that produces excellence and uses it by its very nature must be competitive, and believe that the outcome of competition is good?   In other words for some one to surpass some one, people must be outdone?    I have heard it said true excellence can only really work when there is a scarcity.

Our Spiritual world is in the environment of plenty, ‘everything unto Godliness given to us’, a world of ‘more that enough’ , you see the pursuit of excellence will entrap us down into a lack world, where God has not done that.   Before you quote the Queen of Sheba to me, coming to Solomons world ‘the half was not told me’, if I understand servants of God of old that truly encountered the Divine what they displayed was not stuff, although they had and much of it some, but the character and nature of God.   Perhaps what she saw was the nature of the divine not only in the kingly elite but in the lowly servants displaying the God of Covenant.

Another misunderstanding on excellence is we have people who cannot differentiate between excellence and excess.   In some societies first nations people societies, no one is to be be called excellent as that would mark you as  a threat to the society interesting?   what have we elevated advanced, and developed to?

Here is a throw away Genesis, tells us that Father, Son and Holy Spirit are involved in creation of all and at the end of this period the Divine concluded together that its was “good’ seven times and one “very good”, not excellent, it could not be excellent as there is no thought of surpassing others, or being above any one, they are community and total 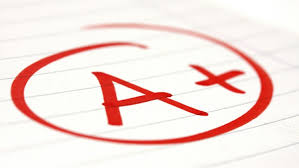 relationship within which all three function.

I wonder in our educational achievement is there a difference between “very good” and
“excellent”?   There has been a cultural hijack here…are we expecting the educated to do better that the Father Son and Holy Spirit?