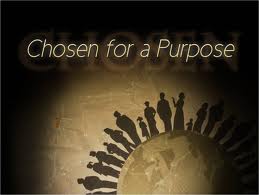 The early church ‘stood out’ in their

Through becoming a ‘new creation’ 2 Cor. 5 (Regeneration) transferred from one kingdom to another. (Col 1:13) Our difference defined by our life in Christ’s Kingdom.

Jesus highlighted this before Pilate, John 18:33-37. My Kingdom not of this sphere; realm; world. It is not sourced in this time/space world. Pilate intrigued would like to have known more.

What kind of Kingdom is this?

∑      Operating to its own currency and ways, different to the created world: Psalm 115:3

Here in submission to Christ as King discover starting point of Kingdom agenda in our lives.       Christ’s silence before Pilate was not cowardice.        Christ knew visible controlled by invisible.        Christ knew the Divine Purpose was being outworked in this Cosmic moment.        Silence therefore befitting what was happening.      Although stakes high for mankind – Jesus had nothing to say to the world of men.         He knew his stance was now in confrontation with Satan/demons.        Pilate was the instrument of Father’s will, shocker Acts 3:16-21.       After 4000 years – time arrived to crush serpents head. When he’d prayed ‘not my will …yours’ in Gethsemane and drunk the cup.     The whole Redemption drama moved to higher plane.       Jesus silent knowing God’s purpose must be viewed from Heaven’s perspective.         Lose sight of invisible Kingdom end up pursuing the visible kingdom.

This is why Jesus said ‘Seek first the Kingdom’. (Matthew 6:33)       This is the ultimate priority for Kingdom people.         In accepting this we are saying we accept/submit to Christ’s Kingdom.

∑      We are his brothers and sisters, as Subjects yet joint heirs, as created yet brought to a place of co participant with God, brought into the relationship with God, now a shared life

∑      To fulfil Kingdom agenda in our world.

Ultimate accountability for the coming Kingdom motivates immediate responsibility.    To cause us to live as Kingdom people God has given us discipleship structures to our lives

∑      Mentor:  whose integrity, spirituality yet normality has earned our respect/trust.

The Kingdom life is internalised in our Humanity.       Everything is touched by Cause/Effect.        Before coming to Christ our effort to keep law external to ourselves was legalism.        Now the law of Kingdom written in our hearts out minds.       It is internalised in Kingdom.       This means things start changing from within – This process – of Christlikeness, Kingdom alignment always means Kingdom adjustment. e.g. Isaiah 6:5 ‘Ruined’ – ‘Coming apart’.       Coming apart before the throne, until grace cleansed, adjusted and brought him together again – Conformed to image of King.

Where shall we go to in our next blog?